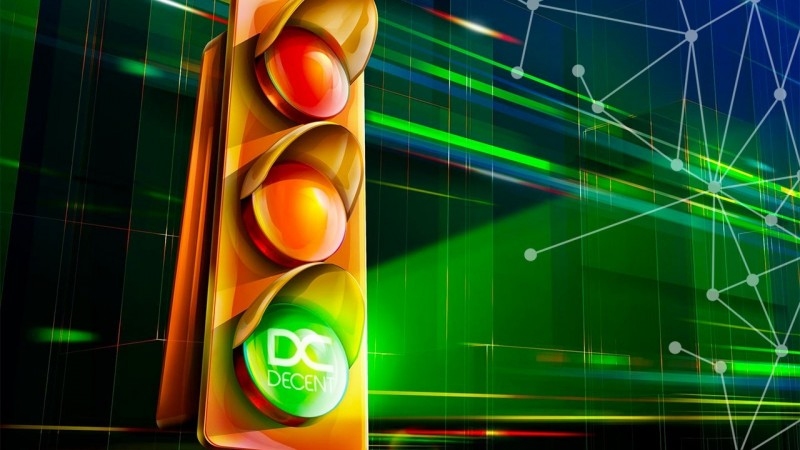 Is Bitcoin legal? Ha-ha! The answer varies substantially from country to country and is still changing or undefined in many of them. Many countries still hesitate on how to regulate bitcoins, as the system is relatively new or is considered an unknown territory. While some countries have banned or restricted their use, many have explicitly allowed bitcoins for trading. While this post provides information regarding the legality of bitcoin (please do not use it as a legal and binding opinion, I am not a lawyer:), prohibitions and regulations that apply to this particular cryptocurrency extend to all online currencies.

I am sure the issue of whether Bitcoins are legal or not concerns most of the progressive and not so communities: I did my brief survey to find out where should I travel and where not with my wallet full of 0.5 bitcoins - and thought you could benefit from some of the finds!

Here are my non-explicit list of countries that are bitcoin friendly (yay) – perhaps giving a bad example to more conservative ones:).

Alderney (Channel Islands): Even though there has been much gossip about the fact that it is the first bitcoin isle, there are no official records to support this claim. However, many journalists have included documents in their reports indicating that Alderney is doing its best to become the central hub for bitcoin. (Although reaching Alderney can come out to be quite a challenge (usually by boat, and the cliffs are stiff and waters are dangerous), it is worth the risk, but please don’t mention me in your travel documents). Japan, oh industrial and perhaps one of the most traditional countries - Japan! To my surprise, it is considered one of the friendliest when it comes to bitcoins. In February 2014 however during the Mt. Gox scam and bankruptcy, the country called for the introduction of a regulatory structure, which has subsequently been put in place. It is possible that the anonymity of transactions will be reduced to prevent money laundering.

When it comes to tiny Estonia, the country does not only have a history of continually providing innovations in the field of technology but also implements innovations like blockchain technologies for banking services, healthcare, and even governance by letting its citizens to become e-residents. Estonia is famous for being the birthplace of Skype, and currently hosts many bitcoin ATMs, with the aim to further indulge into the world of cryptocurrencies.

Not only Denmark is attributed with frequent technological innovations and high standard of living, but it is also at the forefront of eliminating cash or building an economy based a 100% on digital assets. Although it is not clear whether bitcoin will be the primary mean of exchange, in terms of digital currency and assets, Denmark is clearly one of countries taking the lead.

The country where you just have to have an umbrella (would be wonderful if bitcoins would fall instead of rain drops…), the United Kingdom: here cryptocurrencies are treated as ‘private money.' When bitcoin is exchanged for sterling or other foreign currencies, no VAT is assigned to the value of the cryptocurrency. However, supplies of goods and services sold in exchange for any cryptocurrency are subject to VAT.

The dream country of every student, writer, enthusiast, and novelist: the Netherlands. The country can also be considered one of the most bitcoin friendly countries (no doubts, Dutch like to be advanced and different!). It has its own "Bitcoin City" i.e. Arnhem, where over a hundred merchants conduct business. Here you can pay everything, including gas, bicycles, accommodation and even dental services, with bitcoins (if you have any of course). Under the Act on Financial Supervision of the Netherlands, cryptocurrencies are not regulated which is possibly why many bitcoin startups have emerged.

Finland: Considering its sparse population, the country has a significant amount of Bitcoin vending machines, including as much as ten (not a big number perhaps when considering the regular ATMs) in the capital of Helsinki. Cutting edge technological innovations in Finland are one of the main reasons why bitcoins are classified as a financial service completely exempt from VAT.

Kangoroos and giant spiders, what comes to mind? Well Australia of course: In October 2013, as a direct result of hacking, one of their major Bitcoin banks lost over 1 million US dollars. The result: Australian government plans to tax bitcoins, so that people who deal with them keep their records clean. Otherwise Australia is considered a bitcoin friendly country.

Where do aliens go first when they decide to attack the planet? Well of course The United States of America. Perhaps because of them, there is a positive incline towards the cryptocurrency; nonetheless, several government agencies actively work on reducing or preventing the use of bitcoin in illegal activities. Many popular businesses like Dell, Dish Network, Overstock.com accept payments in bitcoins. The Department of Treasury's Financial Crimes Enforcement Network defined Bitcoin not as a currency, but as a money service business. As of May 2015, the only state with a final rule on bitcoin is New York. The referral point is called ‘BitLicense.'

Texas and Illinois: Two states of the US, announced recently that direct trading of bitcoin is not under consideration for regulations, taxes, and KYC policy requirements. In addition, bitcoins will not be regulated under money transmission regulations, which allow users to trade freely in terms of bitcoins without experiencing any governmental jurisdiction.

Neighboring peaceful and pro life Canada: in general is accepting bitcoins, while making sure bitcoins are not used for laundering money.

Beeeeeeeer and more beer (always wanted to see a fountain of beer and take a sip in it.) Germany: According to the communication on bitcoin issued on 19 December 2013 by the Federal Financial Supervisory Authority, bitcoins are legally binding financial instruments, which fall under the category of units of account – Sctimt!

And finally, topping my list, South Korea (No, not Kim Jong-un). Home to giants such as LG and Samsung, South Korea has one of the highest mobile payment and smartphone penetration rates worldwide. Bitcoin is being embraced as both means of exchange and investment at fast rates. Unfortunately, there are no current regulatory laws in the country concerning bitcoins and cryptocurrencies alike.

Turkey (Oh can’t wait for thanks giving…): As bitcoin is not considered to be money by the law, they are not regulated. On the contrary, The European Union is having a tough time coming to a general consensus. There are no issues on an official decision on the regulation, legality, or acceptance of the cryptocurrency. As there is no accessible guide, individual countries in the EU have developed their bitcoin standpoints, which vary accordingly.  Who wants some chocolate! Switzerland: On 5th of December 2013, a proposal was made by a few members of the Swiss Parliament, which called on the Swiss government to assess the utilization of the bitcoin currency by the financial sector. These members also tried to shed light on bitcoins and other cryptocurrencies from a legal standpoint. In response, the Swiss Federal Council states that since virtual currencies are not in the boundaries of a legal vacuum, there is no need for any legislative measures at the moment.

Where bitcoins are a no go:

“Matushka” Russia: The legality of the cryptocurrency is still disputed here although Russia's Ministry of Finance has high hopes of passing a law to ban bitcoins. Russia has always had an unusual standpoint on cryptocurrency and bitcoin, and for quite some time it was unclear how the situation will evolve. A new statement by the Bank of Russia sheds light on the matter and hints at a better future for bitcoin in Russia. Indeed the Bank of Russia deputy chairman Olga Skorobogatova stated:

“It became clear that it is not straightforward to address bitcoin with existing financial regulations. Regulators and financial agencies agree to not prohibit the use of bitcoin. Instead, we want to gain a better understanding of bitcoin, and build a regulatory framework we have gathered the necessary knowledge.”

Vietnam (a country where there are more motorbikes than people…): From the very beginning of bitcoins' release, the government and its state bank have maintained a firm position on the illegitimacy of the payment method, as they link it to criminal activities such as drug deals and money laundering. Elves and magical beings (yes, the majority of Icelandic people believe in Elves) Iceland: The main reason behind the illegality of bitcoins in Iceland is that they are trying to protect the Icelandic currency from outflowing the country. Another reason it is banned is the fact that the cryptocurrency does not align itself with their Foreign Exchange Act. As a matter of fact an entirely new cryptocurrency has been created outside of Iceland called Auroracoin, and its founders wish to create an alternative to the present banking system in Iceland. China, the country where it all started (yes, they created ice-cream): All financial institutions are prohibited from dealing or transacting in bitcoin. However, individuals are free to trade between themselves. The market is thriving in China, as it remains one of the largest bitcoin markets throughout the years. Just a few countries left to mention, Bolivia, Kyrgyzstan, and Ecuador: All these countries have one thing in common: the usage of bitcoins both for individual and commercial use is prohibited, usually by a majority vote in the national assembly.

Providing a concrete answer to the question ‘‘are bitcoins legal or not?'' is virtually impossible, as there are no parallels and precedents in the legislature of many a country. Although the bitcoin system is more than five years old, many countries still do not have systems that regulate, ban or restrict the cryptocurrency. Overall, bitcoin remains in the gray as the leap in technology has outweighed the lawmakers by a far shot.

One thing seems clear, without cryptocurrencies the new and more vibrant and trusted economy would be incomplete. Whereas, as more and more civil consciousness of the importance of the new ecosystem is built, the more pressure will there be on governments around the globe to consider cryptocurrencies and bitcoins in particular, more seriously. A point will come when there will be those who dwell in the new reality and those that are left out.

P.S. Disclaimer – the writer is not a lawyer, and the writing does not intend to provide any advice, “legal” in particular, whatsoever: please read, understand and implement my findings at your own risk - better do your own research, or ask a qualified lawyer when structuring anything with “B”.

I am sure you also know the latest news on subject: “The Securities and Exchange Commission has denied the application for the Winklevoss Bitcoin Trust ETF, in a stunning defeat for its founders, the Winklevoss Twins. In an order today, the commission found that the proposed fund was too susceptible to fraud, due to the unregulated nature of Bitcoin. The result is a major setback for the fund, and a frustrating false start for the crypto-currency at large.”  by Russell Brandom.  Sure to hear more and more of this from around the globe:)